Murloy College Transition Year students Dylan Mc Bride and Conor Bradley had great success in the Scifest STEM ( Science, Technology, Engineering and Maths) competition in Letterkenny Insititute of Technology.  Not only did they win the Life Science Award for the Senior / Intermediate category, they also scooped The Science Foundation of Ireland Best Project Award. Their project involved the incubation of chicks to investigate if a chicken’s  breed affects the hatch rate and fertility of the chicks. It is known that all birds have different incubation periods for egg hatching.

They will now work on the project and will participate in a national final competition on 11 November 2016. Participants in the national final will compete for the SciFest 2016 Grand Award. This award consists of a trophy and an all-expenses-paid trip for the winning student(s) and their mentor to represent Ireland at the Intel International Science and Engineering Fair (ISEF) in Los Angeles, California in May 2017. 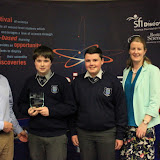 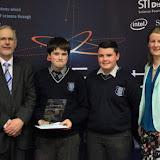 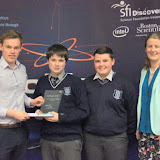 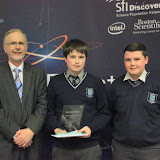 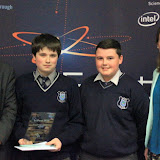