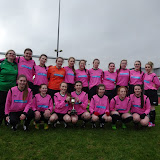 The Aura Leisure Centre was the venue for the Senior Girls B Ulster Final and Mulroy College went into this game as favourites having plenty of experience at this level over their rivals Finn Valley College.

Mulroy dominated the play throughout the entire game. Their first chance came in the 8th minute when Leah Duggan’s shot was saved well by the Finn Valley Keeper, Aisling Grieve. Mulroy continued to threaten in the first half with shots from Ward, Walsh, Grier and Green but could not find a way past the Finn Valley Keeper who made some very good saves to defy the Milford girls.

Mulroy continued to push forward and the breakthrough came eventually for them in the 5th minute of the second half when Catherine Grier put the ball in the net much to the delight of the Mulroy team. Mulroy continued to dominate in the second half and a second goal scored by Caoimhe Walsh from 25 yards stretched the lead further with 13 minutes left on the clock after a good pass from Thea Duffy. Mulroy continued to work hard and pushed on with pressure from Zoe Greene, Nicola Devenney & Caoimhe Walsh working well down the left wing.
Catherine Grier’s hard work was rewarded with a second goal from close range and substitute Rebecca Ryan got a fourth goal from close range after the ball had been crossed into the box from the inform Zoe Green.

Mulroy Goalkeeper Claire Friel kept a clean sheet after an attempt from the Finn Valley midfielder Niamh McGranaghan. The back line of Eimear Sweeney, Grainne Friel, Siobhan Sweeney and Michelle McDevitt remained solid throughout the game with clearing any ball that came from the Finn Valley front line of Clara Bradley and Chloe Irwin.

Mulroy College manager Maria Ryan-Carr said that she was delighted with the result, it was an exceptional team performance and the girls worked very hard and remained focused and committed throughout the game. “ I have so much belief in these girls that they have the ability to bring back another All Ireland title and I want to wish them well in the All-Ireland semi-final next Tuesday”. 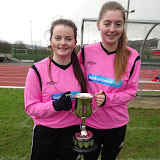 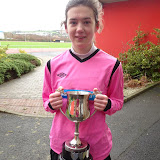 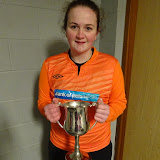 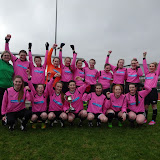 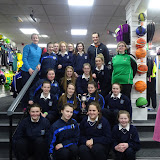 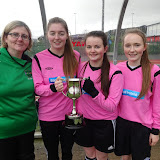