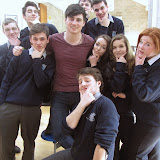 Mulroy College were given a surprise visit yesterday from Paddy Molloy, a contestant from ‘The Voice of Ireland’. He performed many songs including ‘Get Lucky’, ‘Blurred Lines’, ‘Superstition’ and ‘Best Song Ever’. Paddy also performed ‘Wagon Wheel’ which was dedicated to Mr.Docherty a teacher in Mulroy College who influenced a very young Paddy when he taught him in Glenties a few years ago. He included the students by letting them sing along and dance which made it more enjoyable. There was a great atmosphere and everyone, including the teachers, had a great time. 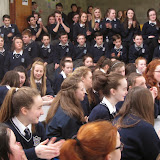 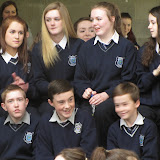 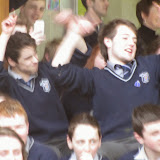