MILFORD’S MULROY COLLEGE advance to their third All Ireland Senior B Cup Final in seven years following a narrow victory over Ramsgrange Community School at the AUL Complex in Dublin this afternoon. Wexford’s Fiona Rowe got the perfect start for the Rams as she converted from close range in the first minute of proceedings. The Donegal crew were unfortunate not to equalise seconds later as Aoife McDevitt’s cross from the right wing just nicked the crossbar. Kathryn Whelan had a fantastic game between the posts for New Ross as Milford applied the pressure up front.

The Leinster Champions were playing some neat football and dominated proceedings midway through with Shannon Doyle and Dani Odham combining well.

Half time 1-0 to Ramsgrange. Mulroy had to wait until the 54th minute to find the equaliser courtesy of the industrious Lianne Boyce, a powerful strike to leave Whelan stranded. The game looked to be heading into extra time, however, Eimear Gibbons’ wonder strike deceived the Wexford goalkeeper to secure the spoils for Milford with only two minutes remaining. Mulroy will await the winners of St. Peter’s Community School, Passage West and Coláiste Mhuire, Ballymote as they contest the other semi final on Thursday in Salthill Devon FC (KO 1pm) 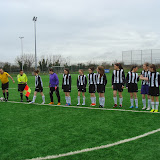 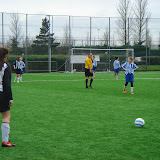 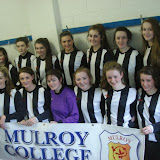 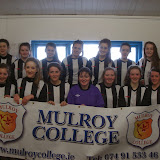 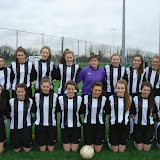